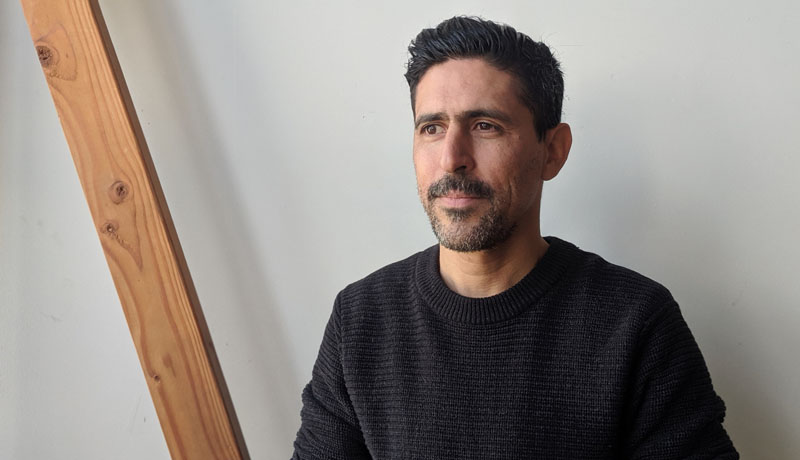 Sebastian Diaz is a director, cinematographer and Emmy awarded editor (THE AND web series). His short documentary TOÑITA’S was a part of MoMA Documentary Fortnight. His feature doc BRILLIANT SOIL was awarded the Material Culture & Archeology Film Prize at RAI Fest of Ethnographic Film, Edinburgh. Sebastian photographed and edited the award winning documentary TIJUANEADOS ANONYMOUS. He directed, shot and edited multiple episodes of the documentary series BULBO that he co-created (broadcast in U.S. and Mexico on Univision) about Tijuana-San Diego border culture where he was raised.

His work has been exhibited internationally at ARCO (Madrid), The MAK Museum (Vienna), Creative Time (NY), InSite_05 (Tijuana-San Diego), among many other art and film festivals.

Sebastian lives and works in NYC where he is the founder and curator of PROYECTOR, a traveling series of contemporary, independent Mexican cinema, and a board member of UNIONDOCS center for documentary art.

{THE AND} – Interactive Doc (Editor)