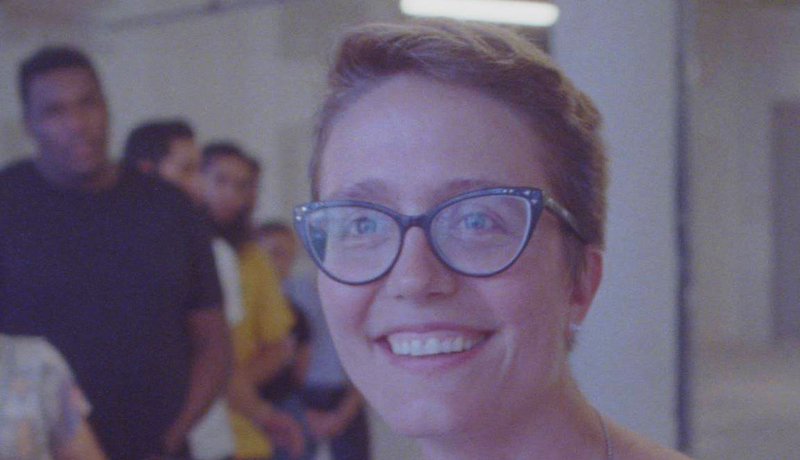 Sarah Friedland received her BA from Sarah Lawrence College and the International School of Film and Television in Cuba and her MFA from the Integrated Media Art Program at Hunter College. Her documentary films and installations are concerned with personal stories that reveal larger histories and intricacies about place and society. Friedland’s works have been broadcast on PBS, and have screened widely at festivals and galleries including: LAFF, DOCNYC, Anthology Film Archives, Lincoln Center, and Visible Evidence. She has been supported by grants and fellowships from the Jerome Foundation, the Paul Newman Foundation, the Ford Foundation, NYSCA, the Center of Contemporary Art in Pont- Aven, the LABA House of Study, the MacDowell Colony, and The Palestinian American Research Center. In 2009, after the debut of her feature documentary Thing With No Name, she was named one of the “Top 10 Independent Filmmakers to Watch” by Independent Magazine. She is a recipient of the 2014 Paul Robeson award from the Newark Museum for her feature documentary The Rink, which aired on PBS (WNET/NJTV). She is currently co-directing the feature documentary Lyd In Exile with Rami Younis, which was invited to pitch at Cannes Film Festival Doc Corner and Days of Cinema in Ramallah in 2018. She is the Director of the MDOCS Storytellers’ Institute residency and MDOCS Forum seminar at Skidmore College where she teaches documentary production and studies.